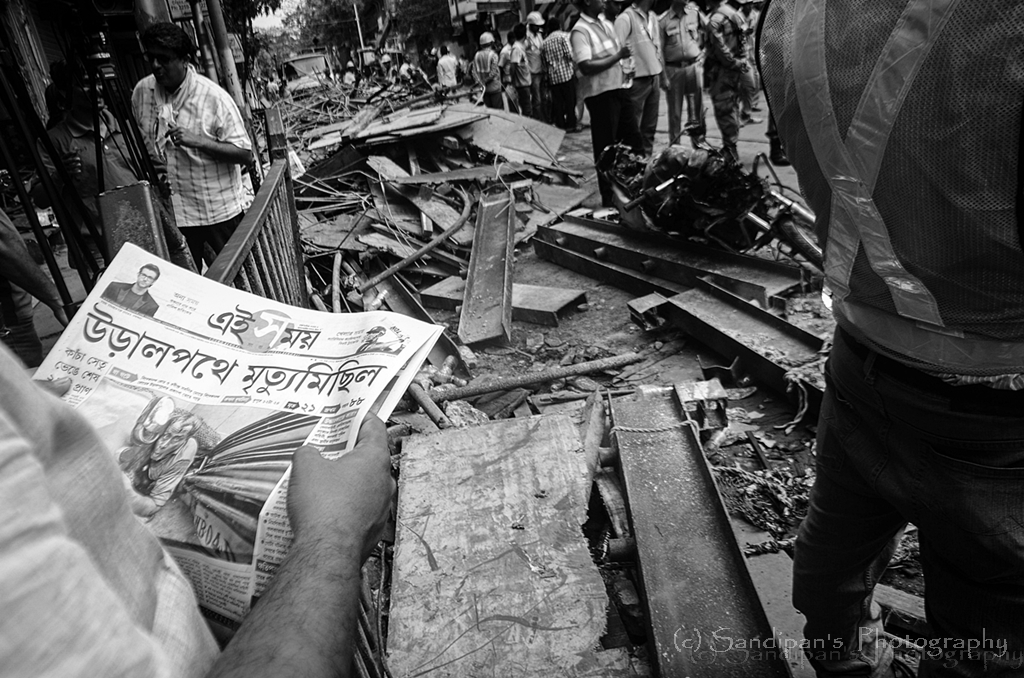 A Flyover (connecting Vivekananda Road) became curse of the Daily life of Kolkata. The fault of Structural design & choice of Material has wiped out the innocent life of 25+ & injured more than hundred.

The incident has been diluted with the Phrase “It was Just a Collapse of Flyover, Its act of God.  But it could not be established & it has been worked out as It is a sheer negligence & careless design , execution of the responsible Infract structure company.

The Armed force ,Kolkata Police, Fire group & The National Disaster Management rushed into the zone within a moment. The rescue operation started & time was rolling with dead body, injured figures & tears of victim family members. The nearby communities were moving out from their home due to insecurity & They have been advised to leave their area until the rescue is over.

Finally after the endless operation of more than 1.5 month the deadly situation comes under control & life of the devastating area  has been shifted in normal mode.